Are you making food too exciting? 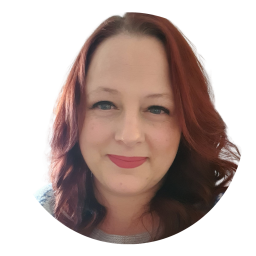 Are you making food too exciting? And by that, I mean, Are you putting foods up onto a pedestal so that they are the most exciting things in the world. We do it with lots of foods.

For me it's things like ice cream chocolate. It's pretty much all the sweet things but I also love pastry, and those are the sort of things that I can't really resist.

It doesn't really matter what that food is. It's how you feel about it. I was having a chat with a friend of mine in lockdown, and we got into some baking. It occurred to me that I never used to bake much when I was dieting because I was too scared of having the food in the house after I've made it.

I love feeding people, and I really enjoy is baking, but I never used to bake because it was one of those things where as much as I'd enjoyed the baking afterwards, the food was there to be eaten. Either I would just eat it and eat it and eat it, and then came the guilt and the restriction afterwards, or I would be so worried about other people eating it and then there would be none for me. It was like I was worried that I would never have it again.

It was quite relief when I got into Intuitive Eating and then during lockdown started to bake a bit more. It became a weekly thing and it was so lovely to make that food, to give it to my family, to eat some if I wanted some.

I would never have done that before because the food and having it available afterwards was really important to me. A lot of other people do this in a variety of ways. They avoid having food in the house so that they can't eat it. I would avoid baking so that I couldn't eat it. I would avoid buying things like chocolates and ice cream and just nice stuff that I would really like to have a bit of every now and again, because I didn't trust myself with it. And I know that that's a lot of people's worry around food.

I know that you think that that is nonsense because I'd have said it before too. If somebody had said to me, have all the chocolate in all the world in the cupboards and after a while you won't want to touch it, I'd have been like, "yeah, okay, whatever" because it's such a weak spot for me.

If you think about it, you're probably already doing it a little bit. Consider leftovers. Say you've made a big lasagne and there's loads leftover. You put that in the fridge and you'll have some tomorrow. When you have some tomorrow it's not quite as good as it was the day before. It's still good though. And then there's still some left over so you put that back in the fridge and tomorrow comes, and that day you don't know if you fancy that lasagne. That's what habituation does to you. Food just becomes less pleasurable over time when you have constant access to it.

Your brain at the moment is hardwired to eat all this food when it's available to you, because you're so used to restricting it. You think you're never going to have it ever again. It's not going to be available after today. You have to eat it all now!

Whereas if you have an abundance of that food available to you all day, all night for you to help yourself to over time, your brain learns that you're not restricting that food. You can have that any time you want and it becomes less appealing.

In Intuitive Eating we call that kind of eating last supper eating.

After we have done years of dieting, we have this drive to eat all the foods that we usually restrict. So food at work, meals in restaurants, takeaways...... you dive in and you fill your plate with so much food because you are used to restricting it.

So how do you do this habituation thing?

Start by making yourself a dream food list. Make yourself a list of all the foods that you would usually restrict. What do you not have in your house because you don't trust yourself? Put them in a bit of a priority order. Which ones would you like to become more comfortable with first?

Then go out and buy those foods. Buy loads of them, if you can so that at home you will know that they will be there and they will be available for you to eat whenever you want to.

Then, and here's the key in this, when you choose to eat some, do it with an awareness. Choose to eat some at a time where there is no stress around you. Pick a time when it's comfortable for you. Sit down with that food and eat with an awareness of what's going on for you. This might be something that's really scary for you. It might be difficult for you to do. You've just got to take it bit by bit, step by step. But as far as you're comfortable doing it, sit down with this food and as you eat it.

How does the food feel?

Think about how it feels, how does it feel in your mouth?

You can have some more of that food later. You've got permission to eat that food whenever you want to. So when you put that food away, don't feel like you're restricting yourself. If you're done eating and you're putting the food away because you've chosen to, that's not restriction. That's you deciding that you've had enough to eat and you're going to put it away for later. If you don't want to put it away and you want to continue eating, continue eating. This is going to be something that is different for you to me, to anybody else going through this process.

You will find that as you continue to eat the pleasure of the food tapers off. So you start with that "wow. This is amazing" and then as you keep eating it, you feel a little bit less satisfied by it. That's not to say that you don't enjoy it at all.Maybe you're just not enjoying it as much as you were when you sat down to eat it in the first place.

This will be something you'll need to do a few times. You will need to work on it and be kind to yourself in the process because it might not be an easy thing for you to do, but once you've got it, once you've cracked it, once you've broken through that barrier with a food, it's amazing because it no longer holds that power over you.

My blog posts are often shortened versions of my podcast episodes, where I go into much more detail. So have a listen for a bit of friendly chat and a deeper understanding of this post.

The full list of episodes can also be found here on the Podcast page.